It is a failure of the imagination that we cannot see the feminism in the wide-eyes and exaggerated secondary sex characteristics of Michael Soi’s women.

This is okay. I know patriarchy is complex and confronting it is confusing. It is 2016 and Kim Kardashian is posting nude selfies alongside womanist statements on her instagram. This is not the angry, prudish misandry that you were told is feminism.

Soi’s work; accessible, brightly coloured pop art takes on East African social hypocrisy with a wry smile. Police officers hold their hands out for bribes, dreadheads bed white women in pursuit of “The Dutch Visa” and everyone places their hands possessively over the breasts and buttocks of the sex workers depicted.

Soi has been accused of misogyny because of the voluptuous women that he loves to paint. Their lips are full, their eyes are wide or hidden behind a fashionable pair of oversized sunglasses, and their bums callipygous. Often their expressions are blank as they twirl around the stripper pole or put their hands down the pants of a mzungu. As a result, the artist’s depictions of African women have been called “problematic”. Of course Soi’s work must be debated and questioned, but I would argue that to accuse Soi of sexism is to fall short in one’s interrogation.

Soi takes on taboo issues; corruption, moral policing by a highly corrupt state, commercial sex work and the commodificiation of interracial romance. Sex workers are women too, women who often come into confrontation with the state as they try to make a living in a deeply patriarchal society. When a prostitute must bribe a police officer with a blowjob to avoid a night in jail while her high society John gets off scot free, will feminism not defend her? When sex workers defend their right to walk around late at night, to wear what they please, aren’t these rights that all women benefit from? Is it not feminist language that allows us to look at Soi’s paintings and discuss women’s objectification, their place in society as the global “sex class”, the difference between seeing and being seen? When we look at the women in Soi’s vivid paintings only as objects of male pleasure (in much the same way as the male characters depicted do) are we not denying them their agency? If you look at the women of Soi’s paintings and do not wonder what they are thinking, what choices brought them to this place, is this a failure of our imaginations, or Michael Soi’s?

Soi’s oeuvre features a range of women from the fully dressed, afro-ed, kitenge-ed, and dignified to the beweave-ed, Monroe pierced and panty-clad. If we come away from an examination of his work talking only about the latter, is this the fault of the artist’s or our own as an audience and society?

As a regular user of Kampala’s chaotic public transport system, I get to watch up close as Kampala undergoes desperately necessary construction to expand a few of our major roadways. As a regular user of twitter I watch as the official KCCA account self-congratulatorily retweets messages.

@KCCAUG So far, you're doing a great job and we appreciate @KCCAED

Yes, it is heartening to see a city authority actually function, after many years of primarily serving as a site for power wrangles. It is good to see roads being widened for the enormous amount of traffic that passes over them, and rowdy public commuter taxis being made to respect designated stages. Still, I have had plenty of time to ponder this on a rainy Friday evening, sitting in an unmoving taxi in the worst of Kampala’s rush hour traffic. Is this “development” enough, and who does it serve?

It does not serve me, and I am markedly more privileged than the average Ugandan, nor anyone else who spends ten productive hours a week commuting  a couple of kilometres to and from work. It does not serve those our fearless leader has labelled “backward” and “foolish” for remaining in their villages. It does not serve the majority of Kampalan’s; the city’s poor, caught up in tides of urbanisation despite a formal sector that cannot support them all. Those who come to Kampala seeking a better fortune will likely not find it in our dismal job market, and when they turn to the informal sector to make ends meet, their ends will be met by KCCA enforcement whose mandate is to destroy property and livelihoods in the name of progress and development. The most poignant and egregious case of this being the death of Baby Ryan, crushed by a KCCA vehicle last month while his mother was taken into custody.

Big orange city buses sit idle in the parking lot at Namboole stadium. Approval for Pioneer Easy Bus Company was rushed through parliament because the need was obvious and at the time, brought into sharp relief at the time by the 2012 Taxi Strike. The buses served our narrow roads for less than 6 months when the company was served a massive tax bill by URA and had its assets seized. Now the buses sit idle. Who did this piece of public theatre serve? The taxi drivers who were told that they would just have to deal with the new reality? The passengers who briefly enjoyed cheaper fares while waiting in long lines for space on the extremely overcrowded buses? Did it benefit the revolving door of Pioneer Easy Bus shareholders that included relatives of ruling party insiders? Which of the many government agencies did this drama benefit; those that weighed in to put their weight behind the bus company, or weighed in to say that government should not guarantee Pioneer’s loans, or those that chose not to weigh in but then did in order to save the buses from being auctioned? Who did this circus serve? Anyone?

If you can afford to, choose to check out of the worst of Kampala’s chaotic traffic. Get out of the taxi and take a boda to your next destination, or park your car and jump on one to get to that meeting. Like the taxis, boda bodas arose unregulated out of a need and now are ubiquitous, employing tens (possibly hundreds) of thousands of men in the city. They are also the leading cause of accidents and road injures, but more importantly, they are a significant voting bloc. This is why, despite encouraging statements from KCCA, boda bodas will continue to remain unregulated in the foreseeable future; a future in which the 2016 elections loom large.

KCCA pays plenty of lip service to the idea of pro-people development. For a better city, they say. A city better for whom?

“At the heart of the country is Kampala. An urban planner’s nightmare, its fabled seven-hilled pulse spawns a sprawl of arterial slums pumping with people carving out a living. Its pot-holed roads are home to its three million inhabitants: a thrumming hive of informal trade where street vendors flog sunglasses, single cigarettes and Fong Kong clothing, and telecoms shanties scattered along the sidewalks sell sim cards under single neon light bulbs. There are no street lights. It’s left to the swarm of boda-boda motorcycles and matatu mini-bus taxis to light your way.”

Possibly one of the best descriptions of Kampala that I have ever read in this Red Bulletin preview; the bad, the ugly and the beautiful; the frenetic, the kinetic and the chaotic.

The article is on the amazing Breakdance Project Uganda. If you find yourself anywhere near a screening of the documentary Bouncing Cats, drop everything and go and see it, send me a thank you email later. It is fantastic. Featuring Crazy-Legs, K’naan and Mos Def, narrated by Common

We have short memories here. Part of it is self-preservation and desensitization, how else do you explain reading about our money being misappropriated and stolen every single day in the newspaper and feeling nothing?

We have had a long and bloody time in our short history as an independent nation and therefore it is necessary to re-forget every day that our President is a war criminal, that our cabinet is full of thieves. That way we don’t have to consider our own role in creating, nurturing and enabling these leaders we choose every election cycle.

Because there are levels of war criminals and degrees of genocide and there is distance between me and you and Kampala and Gulu and Kigali and Darfur and Port au Prince and the Bronx and time does not heal all wounds but we keep going anyway.

Chimamanda Adichie, who reminds us that when it comes to Africa Many Stories Matter, has a short story collection called The Thing Around Your Neck, my favourite of which is The Headstrong Historian. It tells the story of Nwambga, a widow who protects herself from her in-laws by giving her son to be educated in the ways of white missionaries, and her granddaughter who grows up to write a reclamationist history of Nigeria.  I love this story because how many African stories are blessed with the continuity of both pre and post-colonial history. How many of us know the multigenerational epic that is our own family history?

If the damage that colonialism did to our history can be compared to complete retrograde amnesia , then not only must we go back and relearn our past, we have to keep reminding ourselves of the present. We must force ourselves to see the malnourished kids on Jinja road as if seeing them for the first time. Art has a role to play in making us see and feel the same images again, differently.

END_OF_DOCUMENT_TOKEN_TO_BE_REPLACED 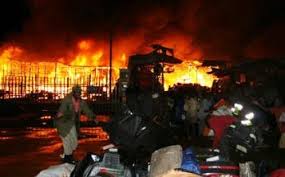 If you find something online that would be of interest to Vuga! readers and contributors, email tips to vugaafrica@gmail.com

After making accessories of Asian women during her Harajuku phase, Gwen Stefani has moved on to using African wax print as the main theme in her latest collection for L.A.M.B.